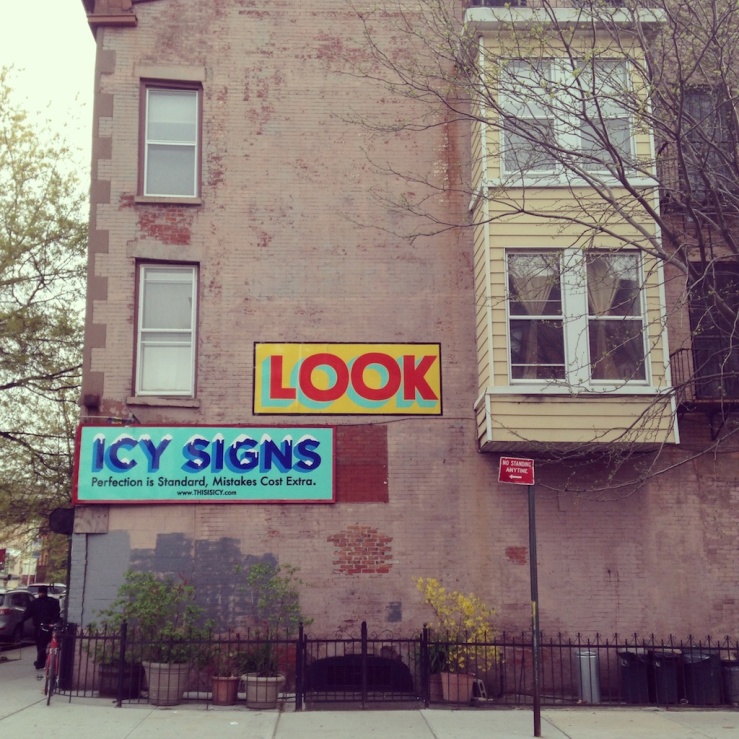 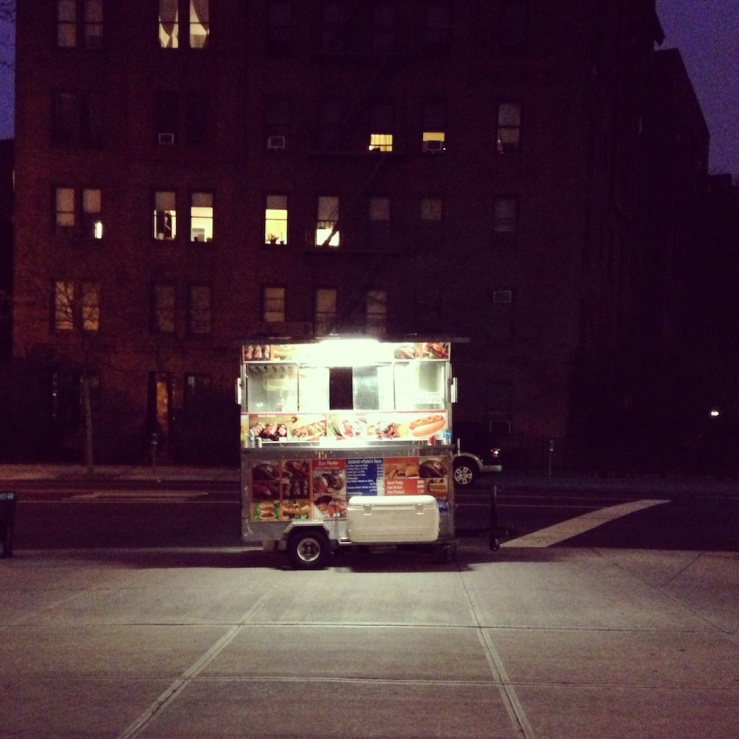 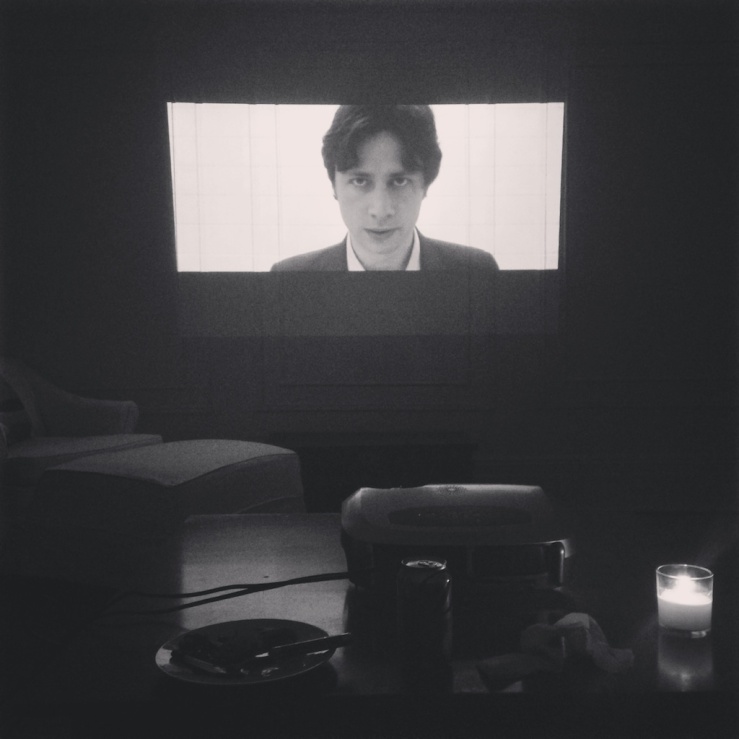 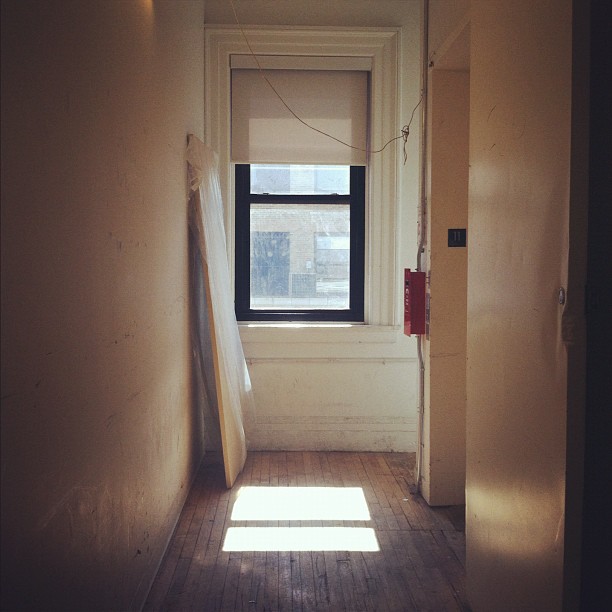 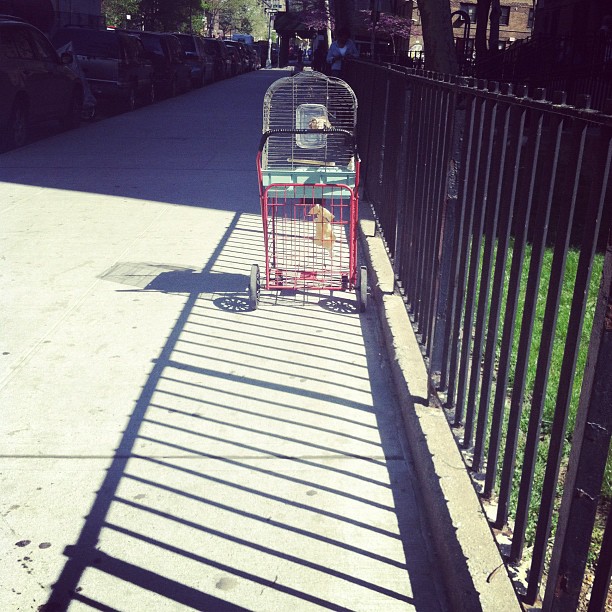 Today was about light + shadow. With the sun sweating 80+ degrees on the city, it was a warm scene blaring with a coat of sunshine.

I enjoy trying to capture the quiet of New York. I’ve found photographs to be an outlet, because I haven’t yet discovered a quiet place. A photograph can take the noisiest scene and make it calm through light, color or context.

These five photographs from today represent a progression in moments where I was able to block out everything and feel silence. 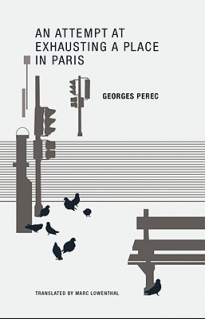 I was recently gifted a lovely quick read called An Attempt at Exhausting a Place in Paris by Georges Perec. It’s a short book that chronicles the weekend events of Perec from the same café window in Paris. Perec notes all the mundane details that we visually erase and often fail to register due to their abundance — buses passing, pigeons, the common passerby. In the collection of passages you begin to gather a rhythm of life and everyday actions.

I wanted to try Perec’s study for myself, and took to a café window this evening in SoHo. It was the perfect perch on the corner of Spring and Crosby streets, with counters lining the windows that allow for an ideal lookout. All the beautiful people in the street are irresistible to me, and from this corner I can see the most exquisite fashions, women, men, dogs, people on bikes, shoes, sunglasses, hats, skirts of chiffon and jackets of fine leather, hair of every cut and color, jewelry swinging like pendulums around gorgeous necks. Women carry bright shopping bags and the sleekest handbags of every color, stilted on heels and walking with unimaginable ease over the old brick roads of Crosby Street. Men make their outfits look effortless, rolled slacks and city boots in smooth, worn leathers and tailored jackets, roused hair or slick with a gentleman’s refinement. Kitty-corner is a brick building rising six stories, with a rooftop patio lined by a fence of thin, manicured shrubs. The energy is brilliant.

The outcome of this experiment was quite unexpected, but very true to New York.

An Attempt at Exhausting a Place in SoHo

Shoes and tights
bright blue sneakers
Shopping bag
Shopping bag
Two men walking…in the wrong direction
Shopping bag
A woman in a sculpted coat
A heavy man in holey pants and a baseball cap
Yoga pants, yoga pants
A cheetah print coat
A woman with Auburn hair texting on the curb
A backpack
A cigarette
A women in heels flying past on a mustard-colored bicycle
Taxi cab
A man riding faster on an electric blue bicycle
A gentleman
A runner in neon shoes
A man in a neon orange jacket
More texting
More shopping bags
Another taxi cab
A woman in high-heeled boots carrying a large square box
Houndstooth
A popped collar
Taxi cab
Taxi cab
Perfectly groomed man with slicked-back hair
A beautiful afro
Patterned tights and a pom-pom hat
A drunk man lurks behind me
A plump man tripping over his feet
Floodwater pants
A metal handbag
A trio of black leather jackets
A sharp nose
The drunk man apologizes, says he needs help
Tory Burch
Royal purple
An employee asks the drunk man to leave
A woman carrying a box of cupcakes
Two cabs stalled at an intersection
Shopping bags
Shopping bags
A yoga mat
Black tights and high heels
The manager calls the police
An old man walking with his hands behind his back
Two men out for a smoke
A popped collar
A peacoat
Louis Vuitton and bedazzled Ugg boots
Shopping bag
A woman halting to dump a bag of potato chips into her mouth
A pom-pom hat
Two thick fur jackets walking together
The drunk man dozes off in the chair next to me (police on their way)
A neon Yankees cap
Metallic thread
The woman who dumped potato chips in her mouth has come inside and is now sitting behind me
A furry cheetah jacket
Police are here
Manager saying, “Just do what you gotta do,”
Police asking the drunk man if he’d like to go to the hospital
Police name the man “Charlie,”
An iridescent trenchcoat
An NYPD car parked across the street
Patchwork jeans with zippers everywhere
A leather jacket studded with silver spikes
Combat boots
A woman in pink pants standing outside the window in front of me, kissing a lover
An angry customer yells at the barista
A man steps out of a cab
The policeman goes outside to check his phone
A nonfat chai for Mary
A vanilla steamer for Ali
An orange head scarf
An ambulance pulls up
The policemen carry the drunken man away
The ambulance is loaded
It’s 7:03 p.m.